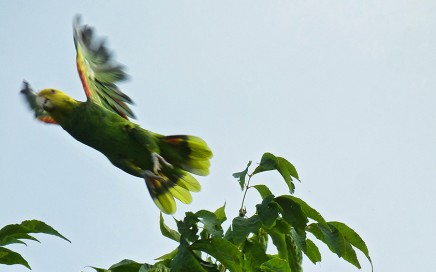 Cats stuck in trees aren’t that rare. Hawk and owl rescues are less common. Today’s “Help, my _____ is stuck in a tree!” phone call was definitely one of the least common. Christine, of Frederick, called needing us to get her Amazon parrot, Rudy, who had been on the run for several days. Rudy didn’t want to […] 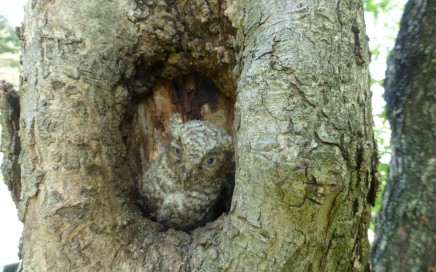 Felix the Cat in Hagerstown and additional screech owl pictures

Here are some photos from early June of a cat rescue in Hagerstown, high above the bank of a nearby creek. Also, some shots from Mike’s perspective of the screech owl re-nesting last month.

Comprehensive Tree Care’s Mike, Eric, and Adam joined Suzanne and several others from Owl Moon Raptor Center once again, this time in Spencerville to re-nest two juvenile screech owls. Homeowners Jack and Julie found the two owls after they had fallen out of their nest, located inside a limb’s cavity in a nearby tree. Two other juveniles remained inside […] 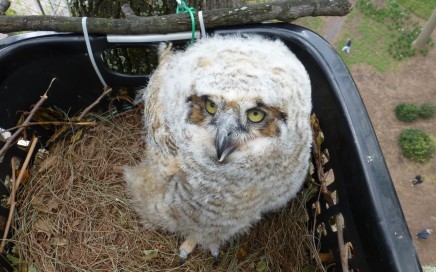 Comprehensive Tree Care once again teamed up with Suzanne Shoemaker and Owl Moon Raptor Center, this time re-nesting a juvenile great horned owl in Potomac, Md. The story even got picked up by WTOP — Check it out!

Comprehensive Tree Care got an exciting start to the new year January 1st when owner Mike Fried got an early morning call to rescue a cat stuck in a tree in Hagerstown. Normally, cats that get stuck in trees eventually come down on their own, but this one had apparently been up for several days, and […]

Heron re-nesting from this past summer

Back in July, we again teamed up with Suzanne Shoemaker of Owl Moon Raptor Center. This time, we were re-nesting a juvenile Black-crowned Night-Heron. The rookery was in a series of white pine trees along Culler Lake in Frederick’s Baker Park. The thickness of the pine trees limited photo opportunities for the re-nesting itself, but […] 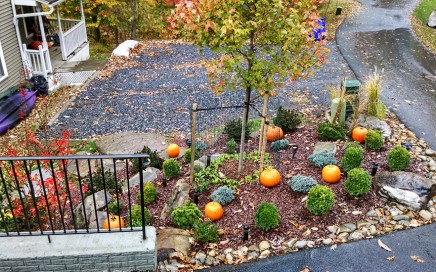 We recently completed a landscape project in Lake Linganore that ended up being a complete re-design of an overgrown existing bed. We removed all existing plant material, installed a selection of boulders both for retention and aesthetics, and added a variety of plant material with a large red maple as the centerpiece. 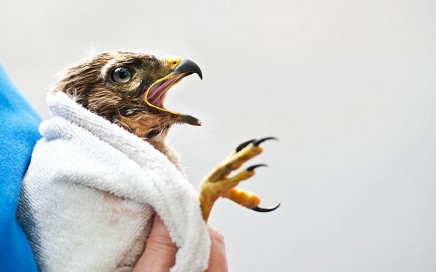 Today we went to Columbia and helped Suzanne Shoemaker of Owl Moon Raptor Center reunite Diego, a Red-shouldered Hawk, with his siblings.